A video of the attack of the 22-year-old soldier of the motorized rifle brigade Nikita Eremenko on the vehicle of the Federal Security Guards Service shortly before the Victory Day parade on Red Square on June 24 appeared on the Internet. 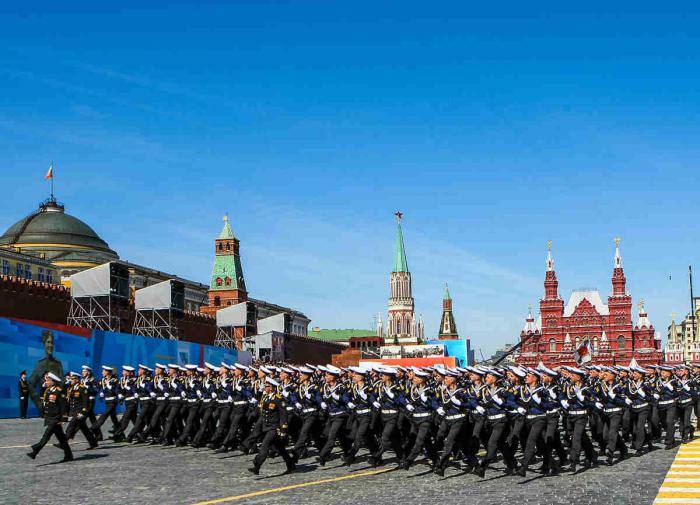 The video shows a man in uniform and a helmet with a rifle in his hands approaching a blue minibus and smashing the glass of the driver's door with the gun-butt. A plain-clothed officer jumps out of the front seat, then several people in black uniform run up to the soldier and knock him down.

As it became known, Nikita Eremenko was supposed to participate in the parade as part of one of the historical companies wearing the uniforms and carrying unloaded weapons of the 1940s. The young man was very proud, the soldier reported the news to his relatives and to his girlfriend. However, he was later "unfairly" suspended from participation in the parade.

Eremenko quarreled with a colleague about 30 minutes before the parade. A military intelligence officer who eye-witnessed the fight between the two men, decided to suspend the private from participation, which caused the soldier to have a nervous breakdown.