Breaking out of Lockdown: Out of the frying pan, into the fire

Breaking out of Lockdown: Out of the frying pan, into the fire 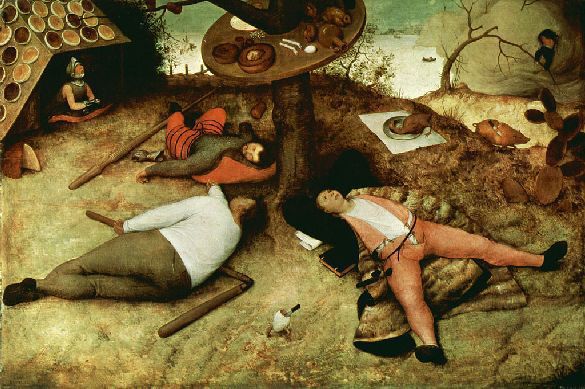 Analyzing the situation around Covid-19, the story is the same for those countries coming out of lockdown: the cases start to rise, as do the questions

The statistics show us the facts in black and white: infection rates rise as people come together, go out, use public transportation and break lockdowns. This is the reality. Covid-19 has not just waltzed in for a quick party and a few glasses of bubbly: it is here to stay, at least for the foreseeable future. Ask those in Germany, where the figures show clearly that a relaxation of the lockdown sees infection rates rise, immediately.

The world is in a quandary and we are all in the same boat, so let us not be too harsh in criticizing our authorities, although as usual they allowed the virus to spread and acted, as usual, when it was too late, instead of imposing an immediate travel ban to and from the PR China as soon as the first cases were detected.

US funding of manipulation of virus?

When we get the full truth about this, we will probably find out that the Chinese authorities could have acted sooner and we will possibly find out that the USA has its tail trapped somewhere in the story, whether as a participant in investigation, or was it Washington that asked Beijing to keep its trap shut after what appears to have been a tragic accident for fear that we might discover US-funded programs?

Whatever the cause, and nobody can rule out a natural transmission from wildlife (although this virus is acting strangely, seemingly having the capacity to target genetic groups in different ways), and whoever is to blame, at the moment all is pure speculation. What is evident is that the World Health Organization did far too little, far too late, again, and this time the snake bit the hand of its charmer. We are lucky MERS, with its 34% fatalily rate, did not do the same as Covid-19 has done.

The point is now what path we follow. Do we follow the Swedish example of keeping the economy going, avoiding lockdown and gaining herd immunity, so that when the second wave hits, the population is more protected and the impact is less severe? Or do we follow the sensible Portuguese approach which was to lock down in mid-March (many people had already stopped using the Metro and public transportation before that) because Lisbon could see what was sweeping across from the East, from Italy and Spain?

So the figures would favour a lockdown policy in phase one. The number of cases in the USA, UK and Brazil can be explained by a wavering of policy and a cavalier attitude at a critical moment. These countries fell between wanting to implement a Swedish model and falling short of being able to implement a Portuguese model.

While the Portuguese have historically been associated with what can only be called common sense, and therefore the breaking out from the lockdown is planned, organized, steady, cautious, with everyone knowing what they have to do, Sweden does not have to go through this process. Others do. The cavalier attitude of Boris Johnson with Covid patients put him in intensive care and if he had not had the good fortune to enjoy the benefits of the expertise of a Portuguese nurse, he might not be here today. So much for Brexit.

And what is going to happen with Brexit, now that the money in the kitty has been spent on Covid?

Fortunately, Boris Johnson survived (you might not like the man's politics but wishing this monster of a virus on anyone is puerile, and downright nasty). The trouble is, policymaking in such a scenario is a fine balance between scientific knowledge and something called emotional intelligence.

The scenario is totally different with a social economic model, and by this I mean a State-controlled model, such as the one we saw in the Union of Soviet Socialist Republics between 1917 and 1991, and many countries across the world, freed from the yoke of imperialist tyranny. This model provided free housing, free public services, free utilities, so there was zero homelessness, there was zero joblessness. Schooling was free from pre-school through to Higher Education. Social mobility was a birthright, travel was available, education throughout a lifetime was like a conveyor belt running alongside the citizen, in which she or he could get on or off whenever she or he wished; electricity was free, gas was free, water was free, communications were subsidized so people paid a fixed charge for the telephone, public transportation was free, food was delivered free, vodka was free. Leisure time activities and training for sports, ballet and so on was free.

And yes it was the reality and yes it did work for three generations. Across the globe.

The social terrorist nightmare of the market model

Now compare that with the market economic model, where supply and demand dictate all, and sewn into this, the monetarist doctrine (controlling the supply of money in the economy), and the adjustability of this to a Covid-19 scenario. It is social terrorism. People's rents may be frozen temporarily but they will be paid later. How, nobody knows, especially if people have lost their jobs. Mortgages, ditto. Food remains as expensive as it always was. There is much talk about hunger but accommodation is the heaviest stone around families' necks and until this is solved, people will struggle. So accommodation is not a basic right, it is considered an extra and something to fight for, from day #1 of a working life until retirement.

Why should people have to pay a fortune for a roof over their heads, when their energies could be put to better purposes if accommodation was a given right?

In the market economic model, companies close. Restaurants close. Hotels close. The leisure, hospitality, restauration, travel, tourism industries are decimated. Who is going to present a business plan to a bank with "I will not make a cent, I do not have any clients and will not sell any products" written into it? Families are pushed to breaking point.

And so, decision time

Now we understand why certain countries are pushing for a breakout from lockdown, because the social and economic pressures are entering the political fold. As in 1929, supply is greater than demand which creates a kind of windshear in the economy, pushing it ever downwards. The market, even if it has money, can afford to wait for prices to lower, because production needs to sell at whatever price. Look at what happened to the barrel of oil in two weeks, from 70 USD per barrel to minus 40 USD, with producers PAYING clients to take it away from them.

With the oil market collapsing, along with the other industries mentioned above, a few can continue to make a living with ZOOM videoconference platforms, or other solutions: teachers, consultants, liberal professionals probably make more money than they ever did, globalizing themselves. But let us think of the guy working in a factory: he needs a factory to work in. Or the cleaning lady: she needs a house to go to.

With this foreseeable future of deflation, jobs will be shed because employers will not be able to respect work contracts reflecting a different era. National economies will be gravely affected as less money flows into the kitty and more is spent on social benefits costs. It is understandable that crime rates will rise, as will marginalization, eventually and the ensuing socio-economic effects of this.

"Back to work" seems to be the only solution, especially after two months with restlessness and domestic violence rising as tempers fray. But at what cost? The conclusion, ladies and gentlemen, is that this market-oriented economic model is not the solution, and proves itself to be an impediment to social development. The cost of back to work is deaths. So your company tells you that you have to go back to work. OK will they guarantee my healthcare payments if I get ill? Will they pay my bills during my illness? What if I die? Will they undertake to pay me wage to my family until my retirement date?

Once again we re-examine the social model. Sure, it had some issues, not through being policed because this was a reaction to terrorism and subversion launched by agents provocateurs opposed to the model because it disfavoured the vested interests of those who controlled capital (today the military-industrial complex and the BARFFS, the Banking, Arms, Resources, Finance, Food and drugS Lobbies); rather, because it was ahead of its time and did not take into account the primary and primitive needs of Humankind for personal supremacy, selfishness, egoism, egotism, cruelty, greed and downright nastiness.

So given that pandemics occur and will continue to do so, it is a question of time when we need to seriously examine the model we have, and change it for the better, in a globalized world in which we live together as brothers and sisters, help each other instead of spending trillions on weapons systems, while doctors do not have enough ventilators for our grandparents, a world in which we celebrate diversity and difference and learn together.

How many times do I have to say the same thing?

Given that many countries have adopted the market, boom-and-bust model as their socio-economic nirvana (stupidity is a constant factor in the equation which constitutes the human bring, as is sheer cowardice), the only option today is to go back to work. Mark my words, for I predicted exactly what would happen back in January. The second wave or spike is not a question of if, but when.

I predict worse: a second wave in July/August and a third in November/December. Covid is not going away and until we have a reliable vaccine, and I mean reliable, and a targeted medicine, we are going to see first-hand why our economic system is not up to the task and does not have what it takes, quite simply.

This COVID-19 nonsense is an attempt by the Corporations of the World, who answer to an elite secret Corporation, to further subjugate man-kind; to strip away all semblances of Rights and return Man to Serfdom