Japan takes 'what comes up must come down' very seriously

Japanese authorities have suspended the deployment of US missile defense systems on its territory, the head of the defense department of Japan, Taro Kono said. What does this decision mean for Russia? 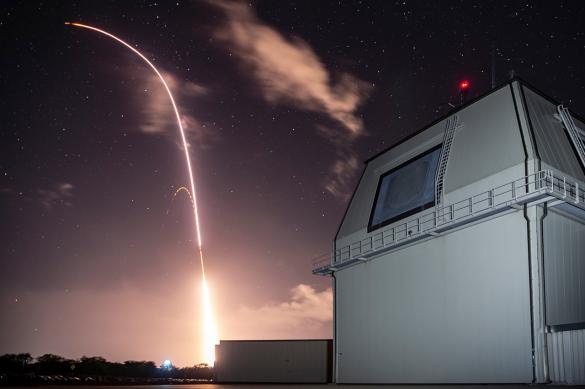 Speaking about the deployment of American missile defense complexes, the Japanese official stressed out the cost of the "pleasure", which turned out to be exorbitant even for such a wealthy country as Japan.

"We are suspending the deployment process based on costs and time," said Japanese Defense Minister Taro Kono.

The coronavirus pandemic has affected Japan's missile defense plans considerably. Missile defense systems were expensive, and nowadays they have become unbearable for Japan and its budget as the country has come across with a shortage of funds to deal with the solution of much more urgent problems.

More importantly, the Japanese military cast doubts on the security of the US systems. They believe that the starter engine that separates after the blast-off, may cause damage when it falls back to the ground. Due to the lack of such guarantees, the software of the complexes needs to be modified.

Taro Kono did not fail to mention that Aegis complexes are currently deployed on the destroyers of the naval forces of Japan and will stay there.

Two Aegis Ashore missile defense systems were planned to be deployed in Japan by 2023. This became known in December 2017, and Taro Kono confirmed his intention to deploy the complexes last year.

What Russia says about Aegis systems in Japan

"We do not believe that the emergence of these complexes will serve only the task of protecting Japan from hypothetical attacks from the DPRK," Russian Deputy Foreign Minister Sergei Ryabkov said in January of this year during a visit to Tokyo.

According to him, Russia sees a certain potential in those systems that could negatively affect the Russian arsenal of strategic deterrence. At the same time, Aegis Ashore systems are designed not only for launching anti-ballistic missiles, but also for launching 2.5-kilometer Tomahawk cruise missiles from such platforms.

According to Ryabkov, Russia is not happy to hear Japan saying that the deployment of Aegis Ashore will only serve to protect the region.

One can hardly say that Tokyo has removed one of the bones of contention in its relations between Russia and Japan due to the latest decision that Japan has made. The deployment of the systems has been suspended, which means that the Japanese have not abandoned the idea. They still have time to deploy them within the previously announced time frame, that is, by 2023.